How Scales are Used in Manufacturing Rechargeable Batteries

As more and more of our devices are battery powered for on-the-go use and as the world slowly transitions from gas power to electric power for cars and trucks, rechargeable batteries have become much more important, with demand likely to surge for decades to come.

For battery manufacturing, scales may not be the first piece of equipment that comes to mind, but they play a crucial role in the process. In this blog, we’ll look at two of the most common rechargeable battery types, how they’re manufactured and where scales come into play during that process.

While also used for portable electronics, rechargeable Lithium-Ion (Li-Ion) batteries are the type of battery most often used to power electric vehicles and hybrid cars. The global push away from fossil fuels toward electric vehicles has car manufacturers scrambling to build their own battery plants. In the United States, President Joe Biden set a goal that half of all new vehicles sold in the nation by 2030 should be electric, though the Department of Energy’s Loan Programs Office believes the U.S. has only about five percent of the manufacturing capacity needed to hit that target.

Li-Ion batteries – which, thanks to their secondary cell construction, are rechargeable – offer a high energy density, no memory effect (some battery types gradually lose their maximum capacity after being repeatedly recharged after only a partial discharge) and low self-discharge, while also offering the option during manufacturing to prioritize either energy density or power density.

Ni-MH batteries feature a positive plate (nickel hydroxide) and a negative plate (made up mostly of hydrogen-absorbing alloys) separated by fine fibers, an alkaline electrolyte, a metal case and a sealing plate with a safety vent.

The process of making a battery typically starts with the mixing of an electrode slurry, made with powders containing the active materials in electrodes (like lithium) and binding materials to form the “batter.” Factors such as viscosity, density and solid content directly affect the quality of the battery and the electrode. 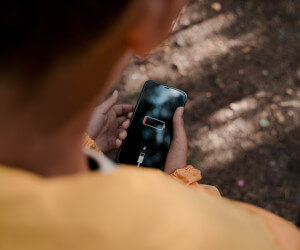 While the process from this point may vary for different batteries, the typical manufacturing process often follows these general steps:

The slurry is spread out onto a long piece of foil, which slowly makes its way through heat up to 300°F to bake the electrode into a solid.

Once baked, the electrode roll is cut into smaller pieces and then placed under a sharp, rectangular die, which quickly pushes down onto the sheet to cut out the individual electrode battery pieces. Using suction to lift sheets of cut-out electrode material, an insulating layer is sandwiched between the sheets. When complete, the result is an electrode stack.

Next, a moisture-resistant barrier material is pressed into rectangular forms and an electrode stack is inserted into the form to create a pouch cell. Liquid electrolyte is injected into an open battery pouch, which is then heat-sealed and placed in a vacuum chamber to remove excess air.

The Role of Scales in Battery Manufacturing

The quality of the electrode slurry is crucial to the effectiveness of a battery, so getting the proper mixture of ingredients is critical. To ensure an accurate mix, analytical and precision lab balances like Adam’s Equinox and Solis ranges can be used for quality control of test samples of slurry to ensure that product standards are maintained. 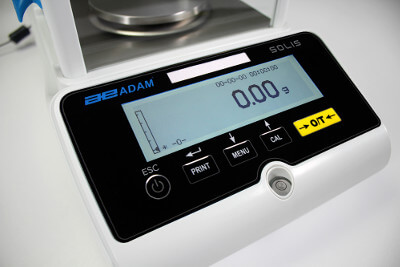 Moisture can be an issue for batteries: too much moisture causes corrosion and can lead to short circuiting, as well as decrease performance and reduce the battery’s life expectancy. Many battery manufacturers use dry rooms to reduce moisture contamination. By using a moisture analyzer to test components and powders (including cathode electrode squares, anode electrode squares and cathode powder), the chance of moisture contamination can be reduced even further.

For large-scale batching, platform scales like GB, GF and PT can be used to weigh battery chemical components in drums, as well as for packaging and shipping once manufacturing is complete.

Questions about which Adam scale may be right for your application? Contact us and our team of experts can help!