What is Dynamic Weighing?

You might know about animal weighing, and that it’s sometimes called “dynamic” weighing. But why does it have another name? Is it ever used when weighing something other than animals? What does selectable digital filtering mean? How can you use it to get more reliable results? Let’s find out.

From veterinarians to field studies, it’s often necessary to weigh live animals to adequately monitor their health. Restraining animals can cause them undue distress and tranquilizing them is not recommended unless absolutely necessary. In addition, baby animals must be weighed frequently and should be handled very delicately to make sure they grow up healthy. In wildlife reserves, animals are often skittish and wary of humans and the equipment we use to take care of them. They won’t get on a scale unless they’re confident they can do so safely. So how can a scale take accurate measurements when the subject moves? You use the dynamic weighing feature.

Dynamic (or animal) weighing works like this: the scale measures the average weight based on the force exerted by the animal over an extended period of time. Once the internal calculation is completed by the balance, it will hold the value. If you want to know more about weighing animals, check out these 5 things you didn’t know about weighing animals. Want to see animal weighing applications in the real world? Look at our case studies. 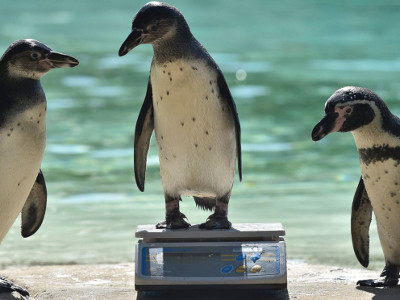 So animals move, but what about minerals, chemicals or ingredients? Why would you ever weigh something that is moving? You might be surprised to find out how common that is. High volume systems such as mining and manufacturing often process materials (for example, mining material gets crushed). Even if the balance and the material could be stabilized instantly, it would still take way too long to measure. Many materials also undergo a variety of chemical reactions that can affect the weight and density, so even when the material is not being moved, the weight fluct uates. Dynamic weighing can accurately measure materials undergoing such changes.

In addition, even when stop-and-go systems are in place, because of the way mass and motion affect each other, an item might move after the conveyor belt is stopped. That means a bucket of paint might stop, but the paint inside might move around a little.

Dynamic weighing is common for batching, mixing and blending chemicals or ingredients. As we’ve said before, many mixtures are composed of varying ingredients with different densities, and it’s quicker and easier to use weight measurements. Weighing also makes scaling less demanding. Even in well-designed systems, liquids can move during weighing. A scale with dynamic weighing is able to measure liquids accurately, despite movement. Bench and floor scales are often used in commercial bakeries, food and drink production facilities, breweries, chemical plants or paint mixing shops. Low-capacity precision balances or compact scales can be used to measure concrete and other materials during material testing. 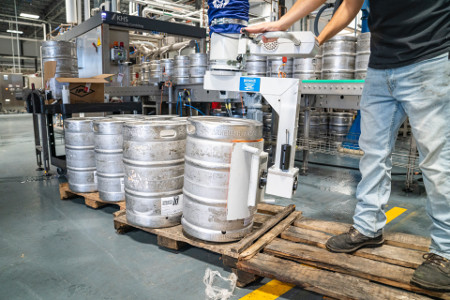 Another common use of dynamic weighing is to measure items that are dispensed from a nozzle or tube, such as animal feed, powdered substances, grain or beans. The motion of the material falling and settling can throw off a balance’s accuracy. It can also be used when weighing volatile chemicals. Some reactions can make the liquid undergo changes that make it move enough to affect a balance’s results even if the container never moves. Some liquids evaporate quickly, so the container needs to be sealed once the liquid is poured. Dynamic weighing allows for processes to continue even as the liquid settles or undergoes changes. This is also useful for materials that react to temperature differences, particularly chemicals like mercury.

Sometimes, it’s not the sample that is moving, but the environment. You can use dynamic weighing for on-the-move weighing. Mobile testing sites, shipping trucks, boats or research vessels cannot stop every time a measurement has to be taken, so dynamic weighing can be helpful to get reliable measurements in more demanding environments. 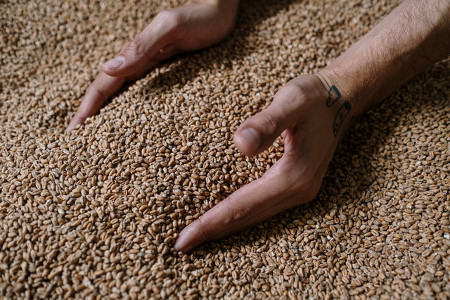 Please note that while dynamic weighing is very useful for weighing objects in motion, you should still try to make measurements in the best conditions available. Minimize movements and vibrations as much as possible. Dynamic weighing does not mean the scale or balance is not stable. During weighing, make sure that the bubble level or stability indicator show the weighing device is stable.

Scales and balances can feature selectable digital filtering without a dynamic weighing feature, but they can be particularly useful when combined. In essence, this feature allows users to program their weighing device to take environmental disturbances into account when weighing objects or animals. Some scales only have high, medium and low settings, while others might have a range from one to six. If your scale has such settings, it is recommended to test them to find which ones you should use. If your scale will remain static, you might only have to do it once, but a mobile scale should be checked frequently. You should also test the selectable digital filtering when you introduce changes in the environment (for example, a new conveyor belt or a machine that vibrates less). 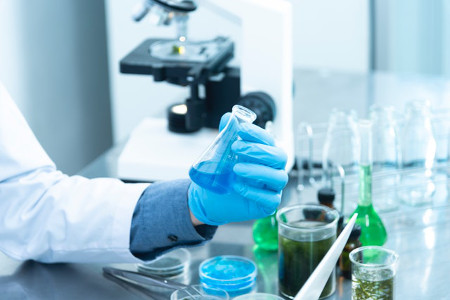 To test your scale’s digital filtering, calibrate it first. Once it is properly calibrated, make multiple measurements of known masses under each setting where the scale will be used. The setting with the most precise and accurate measurements should be used.

If you want help finding the right scale or balance with a dynamic weighing feature, contact us! Our team will be happy to guide you. If you already use an Adam scale with dynamic weighing, we’d love to hear from you! You could be featured in one of our case studies.