How Scales Can Promote Sustainability

In an era of disposability and planned obsolescence, sustainability continues to take on increasing importance. As more companies implement reuse and refill programs, scales have a prominent role to play in helping conserve resources.

Think of how many containers we use daily – everything from water bottles to the ink cartridges in your printer. What happens to them when they’re empty? Many can be – and are – recycled. Some instead find their way into landfills, either because they aren’t easily recyclable, or people simply forget to put them in the recycle bin. There’s another way and that’s where scales come in.

What Can I Refill Using Scales?

Refillable containers allow us to get more than a just single use out of something, which keeps that item out of landfill. Whether the material being replenished is a solid or a liquid, weighing is more precise than using methods like a measuring cup to determine a desired amount.

Many grocery stores and farmers markets offer bulk items – like rice, grains, nuts and seeds – where the customer fills their own container, which is then tared out and weighed.

Because the goods being weighed will be sold based on their weight, you would need a trade-approved scale for the task, like the WBZ washdown retail scale. A particular advantage of the WBZ is that in an environment that can get messy with food spills, it’s IP66 rating means it can be easily washed down for cleaning. 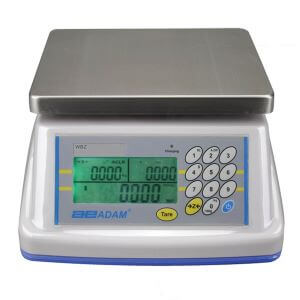 To refill cartridges by weight, balances like Highland Approved precision balances with capacities ranging from 100g to 5000g are optimal since most ink cartridges would be on the small side and wouldn’t require much ink to fill.

A study by UC Santa Barbara estimated that less than 10 percent of all plastic produced has been recycled, resulting in more than 8.3 billion metric tons of waste. To put that into perspective, that’s roughly equivalent to 50 million blue whales! Awareness has led to more people looking to reuse and recycle as much as possible, which hasn’t gone unnoticed by retailers and other businesses.

The checkweighing application on a weighing device is ideally suited to refilling by weight: colored lights or other indicators on the scale’s display quickly let the user know when the weighing result is under, over or within the desired preset weight limits. 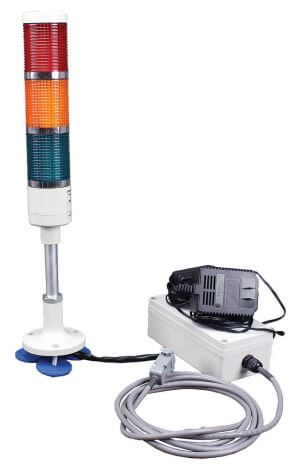 The addition of a light tower kit and relay box allows the scale to drive other items, like a motor to control the filling process. The tri-color light tower itself shows the checkweighing results, so the user can monitor the process from a distance.

For more information about Adam products and their uses for recycling and reuse applications, contact us. Adam Equipment is committed to environmental sustainability and reducing the impact that our products and packaging have on the planet, as well as taking steps to minimize our carbon footprint. Click here for our Sustainability Statement.