Finding the Right Balance for Physics

Physics is the branch of science centered around the nature and properties of matter and energy: essentially, the study of everything in physical existence from subatomic particles to the universe itself. One of those properties is mass. In this blog post, we’ll look at how balances can be used in physics labs and classrooms.

One of the most basic properties of matter is mass, which is measured in the lab by analytical balances and precision balances. But don’t balances measure weight? Well, yes and no (or at least, not exactly).

The terms “mass” and “weight” are often used interchangeably, but while they’re really similar, the difference is that mass measures the amount of matter in an object independent of gravity and weight measures the force of gravity on that object.

On Earth, for example, a person who weighs 200 lbs. would have a mass of 200 lbs. But on the moon, while their mass wouldn’t change, their weight would be just 33 lbs. because gravity on the moon is one-sixth that of Earth. Since the vast majority of physics experiments are conducted on Earth, the terms can be used interchangeably for the purposes of this blog. 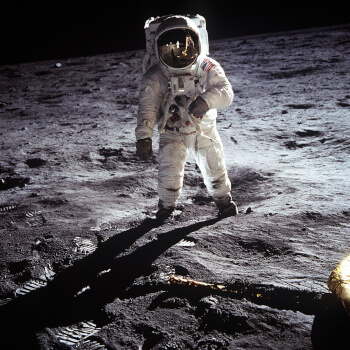 What Type of Balances are Used in Physics Labs and Classrooms?

For many physics experiments, readabilities or 1g or 0.1g are sufficient, making precision balances a good option for labs and classrooms. Precision balances often include software that simplifies complex weighing procedures like density and unit weight determination.

Some experiments may require a higher or lower degree of accuracy (for example, force can be measured on some balances in Newtons, so lower accuracy would be acceptable), so when selecting a balance, it’s important to know what your needs are (the tradeoff for a finer accuracy is a lower capacity) and what kind of experiments you’ll be performing.

As with many branches of science, quality control and traceability are important so many lab balances are compliant with Good Laboratory Practice (GLP) guidelines and include information like time, date and balance identification in data exports.

Books can (and obviously have) been written about the types of experiments that physics scientists and professors perform, but we’re going to concentrate on a more focused topic: some of the ways lab balances can be used in a physics lab.

The primary use of balances in physics, of course, involves measuring mass and weight. Those properties can be seen as a starting point, which leads to other properties, including volume and density. Measuring force is also a common use for lab balances.

Using a balance to calculate volume – often part of physics experiments – is simple, whether the substance being measured is a solid or a liquid.

Solids are weighed in air, then suspended in a liquid like water to see how much liquid is displaced: the amount of displaced liquid tells you the volume. For liquids, they can be poured into a graduated cylinder and weighed.

Calculating density often comes up in physics. Why is density important? Density can tell you how pure a substance may be (which is useful for jewelers verifying the content of precious metals or coin collectors attempting to determine if a piece is authentic) or it can tell you about a substance’s properties (including its buoyancy).

How do you measure density with a lab balance? Since density is defined as mass per unit of volume, you first need to learn the substance’s volume, as we discussed above. 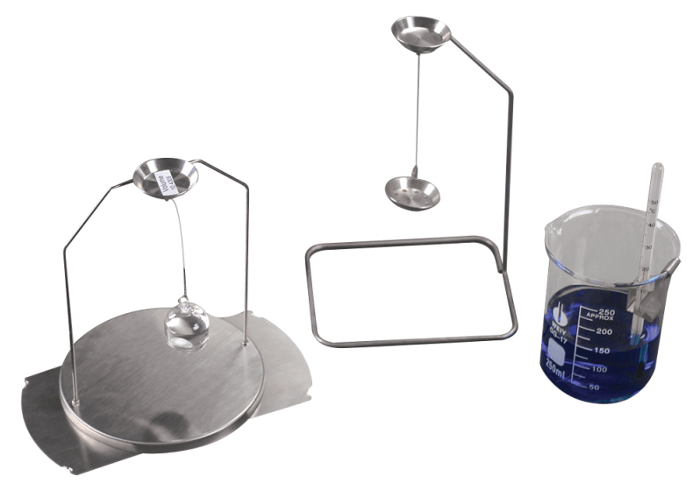 Once you know the volume of a substance, you can determine density manually or use a balance like a Nimbus large pan precision balance that can calculate it for you using a built-in application and an optional density kit. The density kit includes a thermometer, a holder to measure the temperature of the liquid being used, a beaker, a beaker holder and a replacement pan assembly to measure the sample in the liquid and in the air.

By adding a weigh-below hook, Nimbus can perform below balance weighing, allowing the user to weigh samples that are too large for the weighing chamber. For Adam balances, density results are displayed as grams per cubic centimeter.

Looking for the right balance for your physics lab? Adam can help. Let us know what you need and we’ll help you choose the best option.