When the old scale at Shepreth Wildlife Park stopped working, Alice Vassalo, a Carnivore Keeper, contacted Adam Equipment to get a replacement: "I wrote to Adam Equipment in a time of need, as our beloved scales at Shepreth Wildlife Park had given up the ghost, and we were desperate to find a replacement so that we could continue to monitor our animal health by weighing them at least monthly".

When the old scale at Shepreth Wildlife Park stopped working, Alice Vassalo, a Carnivore Keeper, contacted Adam Equipment to get a replacement: “I wrote to Adam Equipment in a time of need, as our beloved scales at Shepreth Wildlife Park had given up the ghost, and we were desperate to find a replacement so that we could continue to monitor our animal health by weighing them at least monthly”.

While Shepreth Wildlife Park started out with local animals such as badgers and foxes, they quickly started helping unlicensed exotic animals, and nowadays, they also participate in national and international breeding programs for endangered species. That means they take care of a wide variety of animals of many different sizes and shapes, from tortoises to tigers. They needed a versatile scale capable of weighing within a wide range while retaining enough precision and accuracy to properly care for the smallest and biggest animals.

Alice told us that, “the CPW Plus 200L has come in very handy so far and has helped us do some training that was not possible before on animals whom we haven’t been able to weigh! A big thank you to the lovely team over there. We look forward to sending you photos and videos of our progress!”

“We are so excited to keep up some valuable weight training with our animals with the help of our brand-new scales! Weight fluctuations can be signs of poor health, perhaps indicating an issue that we wouldn’t have been able to discover otherwise. Continued monitoring allows us to ensure our animals have the best of care. Thank you, Adam Equipment!”

The CPWplus 200 L offers a large 900x600mm platform that can accommodate even large animals, and a capacity of 200kg. Its readability of 0.05kg works well enough to weigh smaller animals such as badgers or hedgehogs as well. The scale features a handle and wheels for easy transportation; it’s often taken to the various habitats where the animals live. It’s easier on the animals, as they can be weighed in a familiar environment and are not stressed by the move.

Animals have to be trained to step on the scale and stay long enough to be measured accurately (no scales in the wild, so they’re understandably skittish). Alice told us that maned wolves and Bennett’s wallabies were scared to step on the scale at first, and had to be coaxed. Luckily, CPWplus scales feature a hold function to keep the weight frozen on the display, which allows keepers to take care of the animals without worrying about losing the weight. Selectable digital filtering takes animal movement into account to get precise results every time, whether keepers weigh a placid badger or a nervous wolf. The rubber mat helps prevent slips and makes the animals more comfortable. 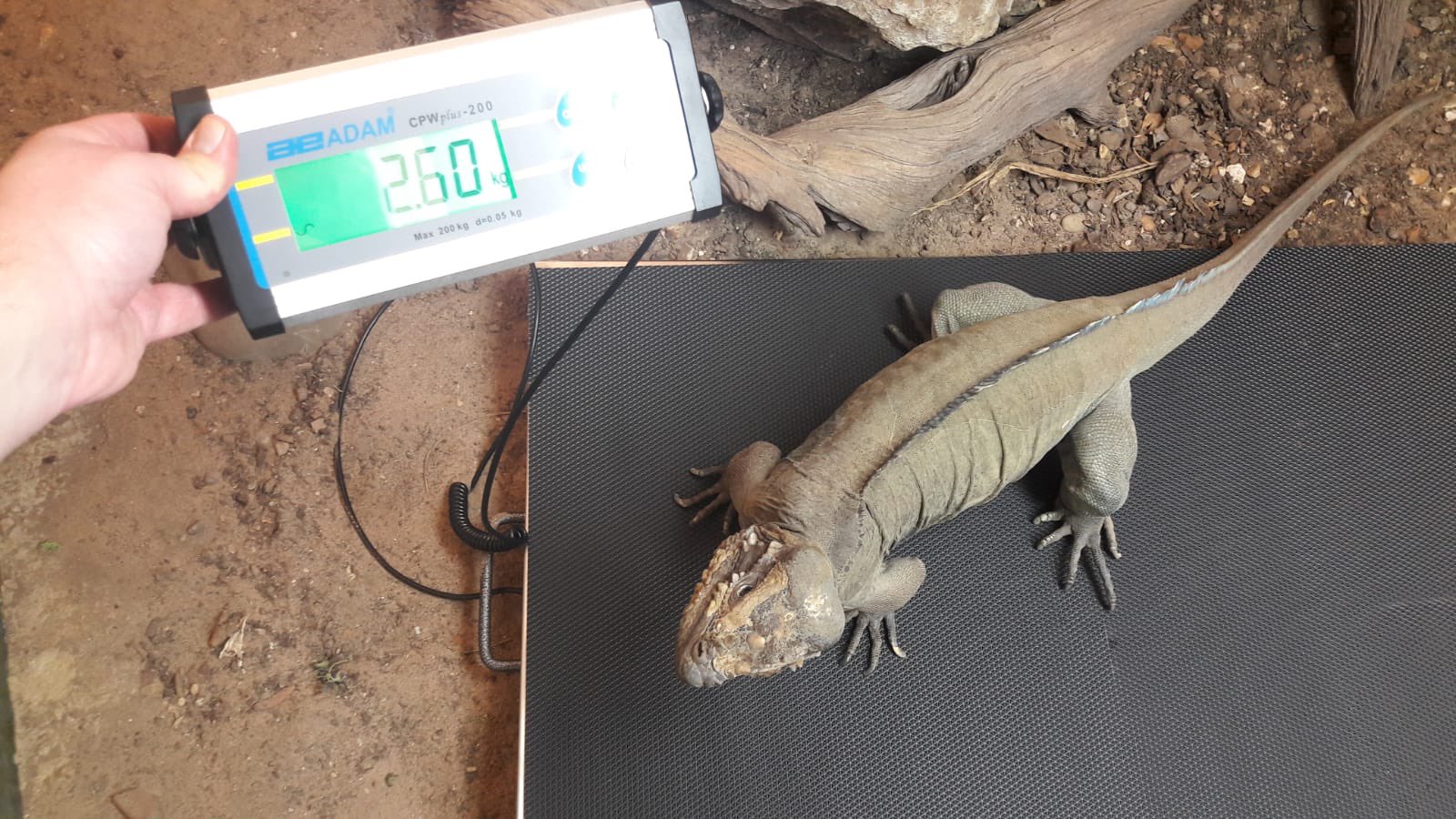 Shepreth Wildlife Park first started as the private WillersMill Wild Animal Sanctuary in 1979. It was a sanctuary for local fauna, but quickly grew to encompass exotic animals. From the Hedgehog Hospital to their numerous conservation efforts (both in the UK and abroad), Shepreth Wildlife Park is committed to global conservation and has been raising funds and awareness for a variety of on-site projects since 2002.

In 2011, the park management founded Shepreth Wildlife Conservation Charity (SWCC) with a view to raise even more money for worldwide projects. They’re a small zoo with a big heart and ambitions to match. They try to release the animals they help into the wild whenever possible. Sometimes, animals can’t be released because they would not survive without human intervention, so Shepreth Wildlife Park keeps them in the sanctuary and takes care of them, whether they’re a lizard or an owl.

“The donation from Adam Equipment has meant a lot to us as a small zoo,” explains Yve Morrin, Curator of West Section at Shepreth Wildlife Park. “Like many others, we have been hit hard by the Covid 19 crisis and lockdown. Our income depends on visitors, so the current financial situation has put a strain on our team. By donating these scales, Adam Equipment has allowed us to spend our limited resources on urgently needed purchases including food for the animals and veterinary medicines. We can’t thank them enough for their help!”

For more information on Shepreth Wildlife Park and their mission, visit https://sheprethwildlifepark.co.uk/.

"The team there, particularly Fran, were absolutely stars and very kindly sent us a brand-new large scale so that we could get weights on our larger species, too!" 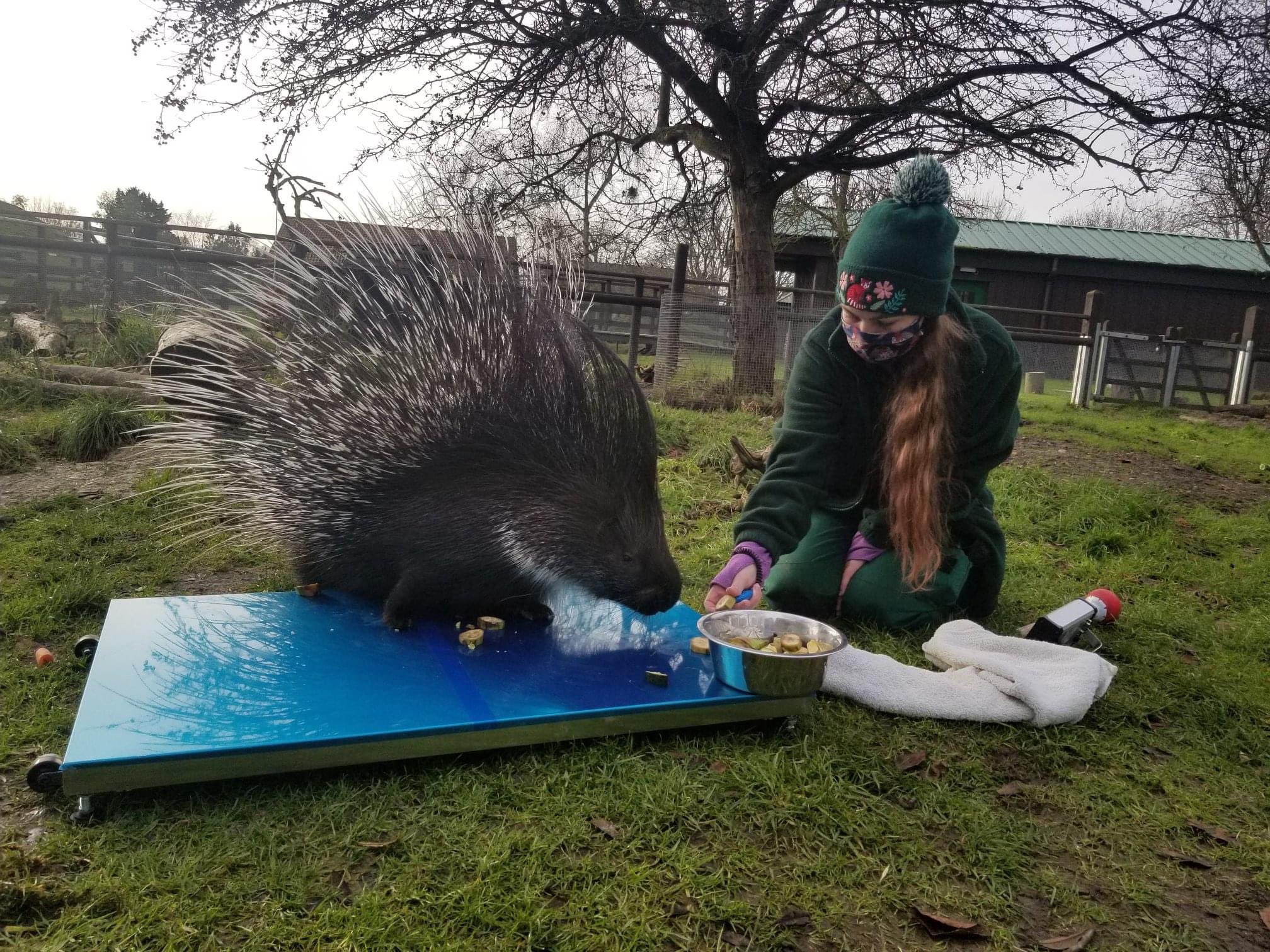